Is Angelina Jolie considering a career in politics? The Maleficent star could be the next celebrity to head into affairs of state.

If 20 years ago you had asked Angelina Jolie if she’d pursuit any political ambition, she would’ve immediately dismissed the idea. Today, however, the actress would go wherever she feels she’s needed.

During an interview on the BBC’s Today program in London, the 43-year-old, who is a special envoy to the U.N. Refugee Agency, made the revelation that she hasn’t ruled out a move into politics.

When asked whether she would consider a career in politics, the actress said: “I always say I’ll go where I’m needed, I don’t know if I’m fit for politics… but then I’ve also joked that I don’t know if I have a skeleton left in my closet.”

Angelina Jolie is a humanitarian and active campaigner on a range of issues, including refugees, sexual violence and conservation. Perhaps that’s how she learned to be tough enough to take rough and tumble that comes with politics. That, or because of the still ongoing legal battle with Brad Pitt regarding custody of their six children and child support.

So is Angelina Jolie considering a career in politics? Whether or not she’s actually contemplating the idea, at least she’s got what it takes! 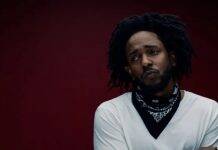