Plain, ordinary, unamusing. Yet, it has over 38 million likes on Instagram (and counting!). An egg is now the most liked picture in history. No yolk! The record, which was previously held by a post by Kylie Jenner announcing the birth of her daughter Stormi Webster, was poached by a generic image of a little egg.

The picture was posted January 4 with the caption: “Let’s set a world record together and get the most liked post on Instagram. Beating the current world record held by Kylie Jenner (18 million)! We got this.”

The #EggGang managed to officially reach and surpass its goal on Sunday. However, Instagram isn’t the only social media where it has caused frenzy.

With endless shade against Kylie Jenner and egg-cessive amounts of egg puns the #EggSoldiers also took to Twitter to celebrate the fact that and egg is now the most liked picture on Instagram. Check out the best reactions in our photo gallery above. 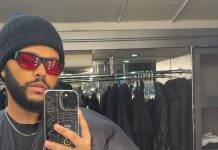