So who is the dude who put a ring on it? Meet Cook Maroney, Jennifer Lawrence’s fiancé.

Wedding bells will son be ringing for Jennifer Lawrence as her rep has confirmed that she is engaged. The actress—who dated some famous men in the past, from Nicholas Hoult to Chris Martin to Darren Aronofsky—will be walking down the aisle with the relatively unknown Cooke Maroney.

Lawrence and her soon-to-be husband have been dating since May 2018 and have been pretty private about their romance. However, now that they’re set to be married, they can’t blame us for feeling curious about who he is.

In honor of the Hunger Games star’s engagement, here are a few things we know about Jennifer Lawrence’s fiancé. Read on for everything you need to know about Cooke Maroney. 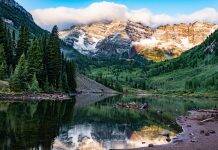