For all the kids who watched Nick Jr, a.k.a. Nickelodeon’s younger-skewing programming, anytime from 2000 to 2014, now is the time for your nostalgic moment. The live-action Dora the Explorer movie is coming to theaters this summer and it’ll either better or completely ruin your childhood.

The unforeseen adaptation will “take the beloved adventurer through the rough-and-tumbles of adolescent crushes and familial relationship—all while solving the mystery of a lost Inca civilization.”

And even though the plot of the Dora the Explorer movie sounds like an epic Jumanji and Tom Rider crossover, and it features Hollywood household names like Eva Longoria, Michael Peña, Benicio del Toro and Danny Trejo, the film its still getting mixed reviews. Here are some of the best. 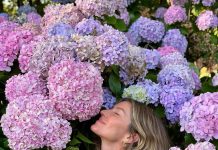