Back in 2016, Justin Bieber upset a whole lot of Beliebers when he cancelled the last 14 dates of his Purpose World Tour. The reason behind his decision was widely speculated, with some people suggesting that it was to spend more time with pastor Carl Lentz at the Hillsong Church. Reports also claim that Bieber became close to his wife Hailey Baldwin through their shared love of the church and has spoken about how God was involved in bring them together via his Instagram account.

Was gonna wait a while to say anything but word travels fast, listen plain and simple Hailey I am soooo in love with everything about you! So committed to spending my life getting to know every single part of you loving you patiently and kindLY. I promise to lead our family with honor and integrity letting Jesus through his Holy Spirit guide us in everything we do and every decision we make. My heart is COMPLETELY and FULLY YOURS and I will ALWAYS put you first! You are the love of my life Hailey Baldwin and I wouldn’t want to spend it with anybody else. You make me so much better and we compliment eachother so well!! Can’t wait for the best season of life yet!. It’s funny because now with you everything seems to make sense! The thing I am most excited for is that my little brother and sister get to see another healthy stable marriage and look for the same!!! Gods timing really is literally perfect, we got engaged on the seventh day of the seventh month, the number seven is the number of spiritual perfection, it’s true GOOGLE IT! Isn’t that nuts? By the way I didn’t plan that, anyways My goodness does feel good to have our future secured! WERE GONNA BE BETTER AT 70 BABY HERE WE GO! “He who finds a wife finds a good thing and obtains FAVOR from the Lord!” This is the year of favor!!!!

Long before Amal finally made an honest man of George Clooney, his Vietnamese pot-bellied pig called Max was his most notable significant other. His pig was also said to have been the key reason that many of his relationships broke down, so he was clearly very devoted to Max. When Max passed away, Clooney was so upset that he sought the help of a psychic for counsel. This is probably one of the more unusual reasons for seeing a psychic but clairvoyant readings are often used for discussing the topics of love and relationships, family and home and career by celebrities and non-celebs.

Katy Perry’s ex-husband Russell Brand is strongly into his meditation and credits it with changing his life. Once known as a hard-core party animal, Brand now leads a sober life and has written several books on his journey of recovery from addiction. He also gives talks on his experiences. He produced numerous videos that you can view on YouTube that teach people how to meditate and gives an insight into how meditation has helped him in life. Brand is a great example of the powers of spirituality and how belief and practices such as meditation can help people through the darker times in their lives.

When Jennifer Aniston recently picked up her well-earned award at the Screen Actors Guild Awards, a lot of the headlines focused on how it looked like she may have reconciled with her ex-husband Brad Pitt. Her stunning dress perfectly complemented her great figure, which is no doubt helped by the regular yoga sessions that she is well-known for. Brad is also known for being a believer in spirituality and was even rumored to have dated a spiritual healer last year. Maybe Brad and Jen will start practising their spirituality together and see whether they can heal their broken bridges.

No wrinkles… harder than it looks! Somewhere between these two photos, my peers gave me a gift I will cherish and a night I will never forget. Thank you @sagawards, @themorningshow, and our incredible cast and crew. Let’s get back to work!

From keeping in amazing shape with yoga to seeking the advice of a psychic and helping battle addiction, spirituality has played such a significant role in many celebrities’ lives. 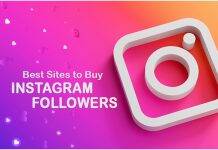