Victoria Beckham has shared a defiant selfie following the shock reverse of her decision to furlough her staff. The fashion designer, 46, took to her Instagram Stories on Monday (4) to reveal she was starting ‘another week working from home’.

The star had remained quiet on social media until this weekend, after she reversed her decision to seek a government bailout to furlough 30 members of staff following a major backlash. She simply captioned the image: ‘Another week working from home x #VVBSS20’.

This comes after Victoria and her husband David, 45, risk fresh money fury as a report which alleges they took out a $10 million bank loan to buy their $18 million Miami penthouse has emerged.

The couple – who are worth $335 million – are said to have used their firm, Beckham Brand Limited, to take out the loan last year as part of David’s Inter Miami FC project, which they are reportedly paying back over 10 years at a fixed rate of 2.5 per cent.

According to The Sun on Sunday, The Beckhams took out a $10 million bank loan to buy a the luxury property in Miami, America last year, despite having the finances to purchase the $18 million property outright.

After initially questioning the need for the super-wealthy couple to require a loan, a source added: ‘If they hadn’t borrowed cash to buy yet another pad, perhaps they wouldn’t have had to furlough staff in the first place. ‘If Victoria could borrow $10million to buy a Miami bolthole, there are probably a few people thinking she could have borrowed money in the first place to pay her staff, rather than try and rely on the taxpayer.’

The former Spice Girl, whose family is worth $335million, had planned to use the Government’s Covid-19 scheme to pay 80 per cent of the wages of some of her staff.

The fashion brand, which employs 120 people, sent letters to 30 members of staff warning them that they were going to be furloughed under the Government’s scheme for two months.

However, Victoria recently clarified: ‘We will not now be drawing on the government furlough scheme. 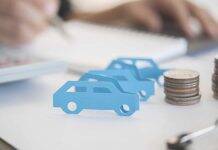