A lot can change in 20 years. In the 1990s, “wimp” was still an acceptable insult on many TV networks, and manly men with macho muscles still dominated Hollywood headlines. But short of Y2K, things started to evolve. The punk scene became mainstream, women began buying T-shirts that read “I Like Pale, Scrawny Guys,” and talented stags who would have once been turned down for their slight appearance began to get a second look.

Then, with the new millennium came a wave of body-positive attitude. These days, it is often the cliched muscle-man who has trouble getting a movie role or a concert gig. Check out a gallery of 25 guy actors and celebs who earn their keep with talent and brains, not brawn. 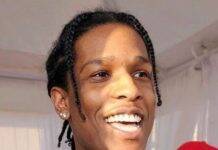