It’s been 4 decades since John Travolta made us want to wear our bell-bottomed pants and dance to the beat of The Bee Gees.

Today marks 40 years since we first watched—or, more accurately, our parents watched—the movie of that Brooklyn teenaged who felt like his only chance to succeed was as the kind of the disco floor, forgetting about the harsh reality of his bleak life.

The film automatically became a blockbuster, racking up $237 million worldwide. The soundtrack ruled the charts for 24 straight weeks and is still ranked as one of the all-time bestsellers.

But “Saturday Night Fever” also launched the acting careers of A-listers like John Travolta, one of the biggest names in the industry to this day, and Fran Drescher, who became a pop culture icon in the 90’s thanks to her role as The Nanny.

But what happened to the rest of the cast once the disco fever went down? (Although, let’s face it, that never really happened) Find out what they’ve been up to since the premiere of the movie in 1977 in our photo gallery above! 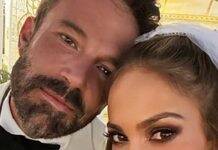