Although he’s had a rough couple of months due to a hip injury that has pulled him out of the top 30 in men’s singles, there’s no denying that Andy Murray is one of the greatest professional tennis players of the modern era.

With an impressive ranking during the past decade, multiple Grand Slam titles, and a unique Olympic record, Andy Murray has cemented himself as one of Britain’s greatest sports icon of all times.

But despite his fame in tennis world, this Scottish legend prefers to live away from the spotlight and keep his private life—well, private! And though there isn’t a ton of publicly available information about Andy’s life outside the courts, we’ve still managed to gather some lesser known facts about him.

In celebration of his 31st birthday, here are 10 things you probably didn’t know about Andy Murray.

How to Visit your Dream Destinations with a Small Budget?

10 Pictures That Prove Wyatt Oleff Is A Fashion Style Revelation

35 celebs who got skinny! 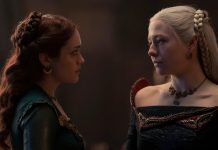 House of Dragon season 1 final stretch: What to expect from...