In 2016, Kendall Jenner posted a pic alongside a then 17-year-old Anwar Hadid, captioning it “Dibds?” and unknowingly planting a seed that now, nearly two years later, has finally harvested.

That’s right, people. After years of hanging out with the Hadid sisters, Kendall is now *apparently* dating their baby brother Anwar—or at least packing on the PDA with.

On Monday night, the alleged new couple in town was spotted looking extra affectionate following the CDFA Awards. And, more importantly, in a photo obtained by TMZ, the supermodel is seeing plating a big one on the Hadid brother.

And while normally we’d be happy that Kendall was caught kissing—not just with Anwar but, like, at all—, there are three little things that are keeping us from celebrating this new unexpected celebrity romance: Ben Simmons, Nicole Peltz, and an apparently broken best friend’s code.

If only their relationship statuses weren’t so fishy, or if Kendall hadn’t broken the “no dating your best friend’s brother” rule, or if the whole kissing session didn’t feel like a big PR stunt, maybe then Twitter wouldn’t feel so divided about Kenny and Anwar’s alleged romance, as shown in our photo gallery above. 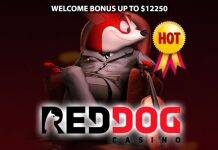