Step aside, Kim Kardashian. Conor McGregor is the living example of an over-the-top lifestyle.

The UFC Champion lives a life of luxury most of us can only ever dream of replicating. He flies to lavish locations around the world whenever he wants, drives the most expensive cars on the planet, and throws money around like it’s confetti, again, literally.

And though his billionaire strut and wads of cash have often been criticized on social media, that hasn’t stopped this Dublin-born fighting sensation from flaunting his wealth to his followers. Sure, it may be a little pretentious, but we can’t get enough of his extravagant lifestyle!

In honor of his 30th birthday, here are 10 pictures by Conor McGregor that will remind you of how poor you are. Something tells us you’ll find The Notorious’s Instagram page a bit more impressive than seeing what your friends had for lunch. 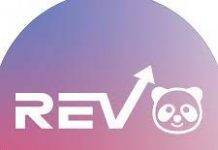 Here’s What The Original Cast of Jumanji Has Been Up To...