“Oh, well. One has certainly aged.”

Netflix has kicked off the week by sharing a first glimpse at Olivia Colman taking over the regale role of Queen Elizabeth II, which made Claire Foy a household name and a two-times Emmy nominee.

Though the crown certainly is in safe hands given that this would be the third queen Oliva Colman has portrayed, fans of the series are still feeling a little, shall we say, skeptical about the impending massive recast for the new season. The Crown’s teaser has sparked a Twitter meltdown accurately worthy of a true Queen of Drama. But does this mean Colman is off to a good start?

From people mourning Claire Foy to fans cheering the new face of the ultimate British Monarch, click through our photo gallery above to see the best reactions to the first look at Olivia Colman’s as Queen Elizabeth II. 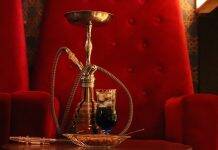