They’re just as good in front of the camera as they are in the field, court, ring…

Kobe Bryant is entering his 40th leap around the sun with an impressive collection of NBA championships, Olympic gold medals, endless sports awards and, yes, even an Oscar for his endearing short film Dear Basketball.

An while the former NBA star became the first professional athlete to ever win an Academy Award earlier this year, Kobe definitely isn’t the first sports person to turn to Hollywood for the next chapter in their careers.

While many celebrities have taken a role in a movie to act as an athlete, there are some who actually have notions of playing sports for a living because, well, they did!

From Oscar-winner, NBA sensation, and birthday boy Kobe Bryant, to WWF star-turned-actor Dwayne Johnson, to Olympic gold medalist and reality TV star Caitlyn Jenner, here are 10 celebrities who have successfully transitioned into the entertainment industry and made it big in Hollywood. 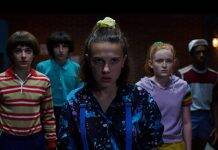