Rumor has it the Duke and Duchess of Sussex will soon move out of Kensington Palace. The reason? Meghan Markle and Kate Middleton are not getting along. However, as shocking as it is to learn that the Fantastic Four monarchs aren’t as close as pictures make us believe, Meghan and Kate’s alleged feud would only be one more in a long list of British Royal Family scandals.

The House of Windsor is, for the moment, sort of, kind of, relatively drama-free. But a look over the years shows the royals have been consistently at the center of outrages involving dysfunctional marriages, infidelity, money, and even addictions. Because their dramas are proportional to their fortunes.

And you know what they say—history repeats itself. So we wouldn’t be surprised that the alleged frictions between Meghan Markle and Kate Middleton are just the beginning of a new chapter in the never-ending book of British Royal Family Scandals.

Click through our photo gallery above to learn the stories behind the 15 major scandals within the walls of Buckingham Palace that have captures the world’s attention. 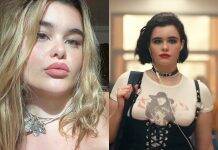