She charmed the globe with her awkward yet endearing acceptance speech when she won the Best Actress Oscar on Sunday night. And while Olivia Colman has been somewhat of a national treasure in her native United Kingdom for years, she is a lesser-known name than Lady Gaga and Glenn Close, her fellow category nominees, in the United States and beyond.

The 45-year-old has been critically acclaimed for her role as Queen Anne in Yorgos Lanthimo’s period drama-comedy, The Favourite. And while the role may have introduced Colman to new audiences, her award-winning career dates back decades.

So who is Olivia Colman? Above, we detail some of her past cinematic hits as well as uncover some facts about the Best Actress Oscar winner for her new and existing fans alike. 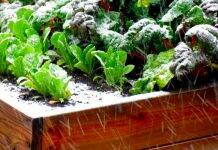 Getting Your Garden Ready for Winter: Gardening Tips