The show may feature the one and only Zendaya. But there’s no denying that Kat from Euphoria is one of our favorite characters from the series. And as for the actress bringing her to life, Barbie Ferreira, she’s just as cool, quirky, and unapologetic as Kit Kat herself.

However, acting is just one of her many, many facets.

She’s a model, body-positivity activist, social media sensation, and all-around blooming star in the world of fashion and entertainment. But how did she make her way to stardom? And, after her big breakout moment in the HBO series, what’s in store for Barbara?

Celebrating her 23rd birthday, here are 9 facts about Barbie Ferreira. Click through our photo gallery to find out the top 10 things you should know about Kat from Euphoria. 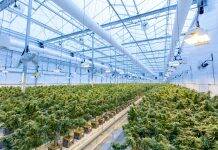